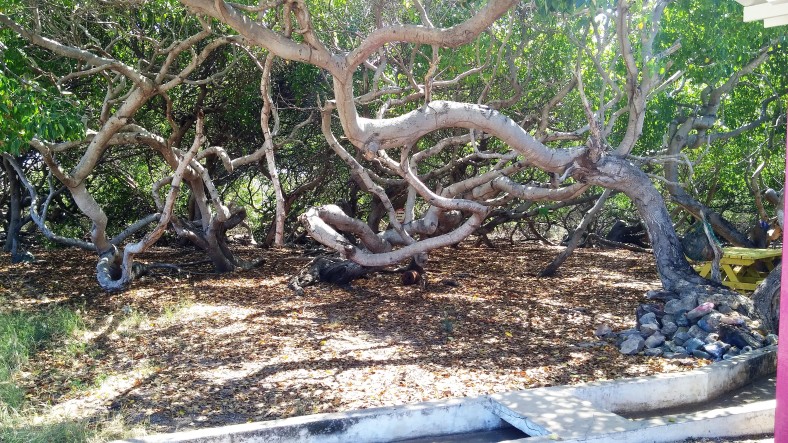 Located on the north end of the Caribbean island of Curacao, the Sheta Boka National Park is, according to their website, an “Area with more than 10 beautiful Boka’s (inlets) where three species of turtles nest. A boka is, in fact, an inlet. Shete Boka stands for ‘seven inlets’. Years ago, the environmental group Amigu di Tera arranged excursions in this area along seven bays. Hence, the name is taken, although in reality there are more than seven coves in this national park. The park begins at the beautiful Boka Tabla where large, unpredictable waves crush against an underground cave. An impressive experience!”  Learn more at https://www.curacao.com/en/directory/do/sights-and-sounds/shete-boka-national-park/

Prevailing northeast winds buffet the island.  Trees on the north end of the island are often bent like the featured image or dwarfed from the wind’s impact.

I visited the park on a tour of the island during February.  It was a restful vacation away from this frigid Nebraska Winter and did wonders for my mental health.  The crashing waves in the first photo were the highlight of the park.  The tour bus also visited a lovely park beach.  Our group had an hour to swim or sit in the sun.  I opted for sunshine, but many dived into the turquoise water. 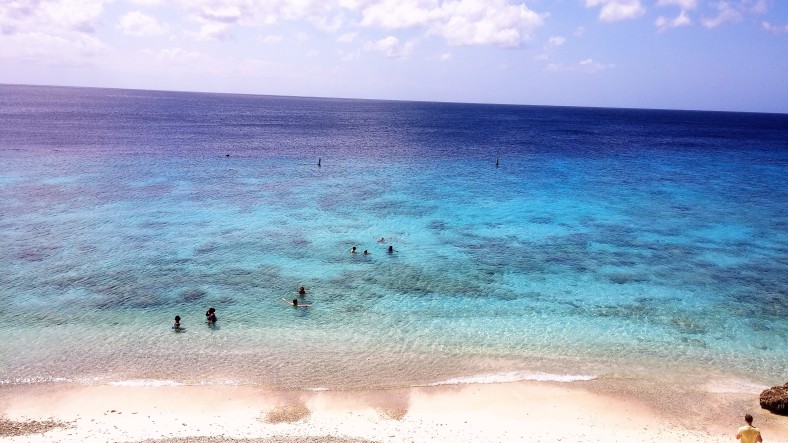 The tour bus also stopped at the salt ponds to see flamingos. We were able to walk near a series of protected pools where many flamingos dipped their elegant heads in search of food.  The flamingos have a peaceful existence eating in the still water.

I noticed unusual water creatures at the edge of the pond.  I’m not sure of their biological identity, but they are quite beautiful.

Curacao is a destination to consider to get away from northern winters.